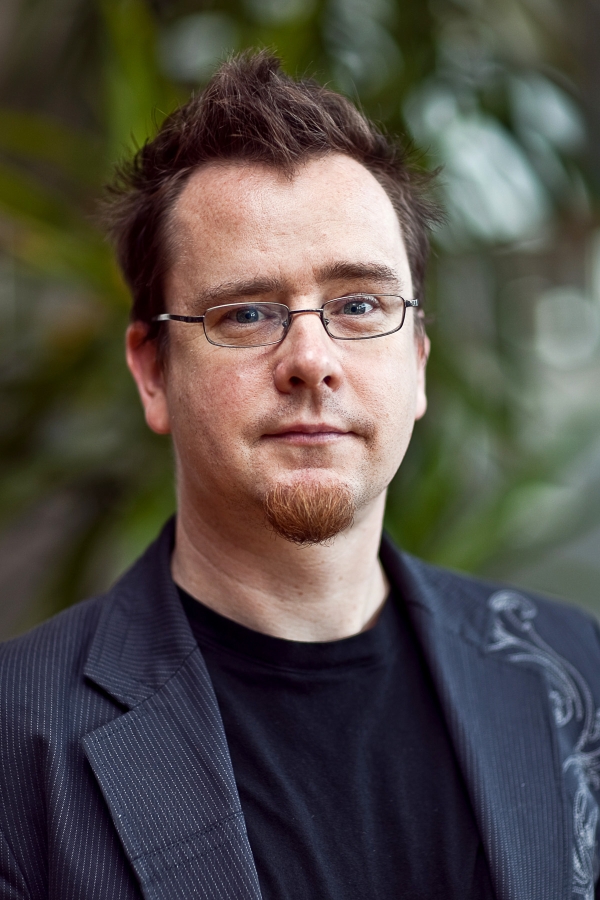 To the tune of: Tim Curry – Sweet Transvestite

Another interview that I felt guilty about woefully under-using in a feature. Still about making games for Apple Mac, but this time I was talking with Transgaming, who convert PC games to Mac for large publishers and developers, and with CCP, who’ve used Transgaming to transfer Eve: Online to Mac.

(Which is an awesome name.)

What differences in tech are there between a Mac and a PC?
From a hardware perspective, Macs and PCs are very similar these days – they share elements like the CPUs, graphics cards, and memory. The biggest hardware difference is on the desktop side, where most PCs use add-in cards for graphics, while the iMac has the graphics chip built directly into the system. Only Mac Pros have upgradable graphics cards on the Mac side.

The real differences come in the software side, where the operating system and driver layers for the systems are radically different, as are the APIs used by applications.

What needs to be adapted to make games on it?
TransGaming’s Cider technology makes it very easy to bring PC based titles to the Mac, by bridging the API gap that is the most important thing separating the platforms. For example, Cider takes care of the work of adapting a games’s DirectX API usage for graphics and sound to OpenGL and CoreAudio. Beyond that, TransGaming’s work typically focuses on user experience areas – components such as launchers, patchers and the like need to be rewritten using Apple’s Cocoa APIs. In the case of EVE, we worked hard to ensure that components such as the in-game browser were built with Mac-based browser code, so that UI elements inside the browser on the Mac match what they look like outside the game.

Are simultaneous releases feasible?
They definitely are! Mac updates for EVE Online expansions and patches are released simultaneously with updates on the PC. A close working relationship between CCP and TransGaming, built on constant communication, has been paramount in ensuring that updates are prepped in advance for such dual-platform releases.

On the flip side, because the Mac OS is so tightly integrated with hardware, Mac users only get new updates to video drivers as part of the OS. This is great for users, since they never have to think about whether they have the right driver version, or finding out where to get updates or what particular version of the driver to get. But for developers, it means that sometimes a fix for a game has to await Apple releasing that new OS update. It also means that its much harder to support older versions of the OS which are no longer receiving updates.

There are dangers in closed systems – do you know whether Apple will implement a system similar to the iPhone’s app store?
On the contrary – traditionally, closed systems have been much easier for game developers to deal with, since they tend to further reduce the complexity of having multiple configurations to deal with, whether on the software or hardware side. That said, while Apple may well at some point in the future introduce an app-store type system for the Mac, the Mac is by its nature an open platform where anyone can develop software. That’s something that will never change.

The old barriers to entry for Mac development were the alien processor architecture for PC developers, the limited RAM & the lack of DirectX. Are there any more barriers that still cause problems?
While some of the old barriers such as CPU differences are behind us now, there are still many significant impediments to developers who try to do traditional porting. Doing so can require massive changes to a game’s source code just to get the game to compile on the Mac, especially when complex middleware is being used. In some cases, developers don’t have source code access to their middleware, making a traditional port impossible. And all of that is still ignoring the need to write new graphics and audio paths in the game, which in some cases can require changes to the actual content data.

This is where TransGaming’s Cider technology really shines, since developers can maintain their existing build systems, continue using the same middleware they’ve adopted, and fully use their existing graphics paths. At the same time, areas that touch on user interface can still be customized for the Mac, and other places that need attention require much less effort to deal with than a traditional port. Finally, some of the changes that TransGaming recommends developers undertake to improve the Mac version of a game are just as applicable for improving the Windows version, so the code ends up remaining the same for both platforms.

Are there middleware licensing issues porting to Mac?
While we can’t speak to specifics, it all depends on the middleware provider. Some have platform restrictions in their licenses while others don’t. Aside from middleware components from Microsoft, we have yet to experience a situation where a middleware issue made it impossible to bring a game to the Mac.

Are porting houses still necessary? What’s this Cider app we’ve heard all about?
The kind of porting house that used to be typical of the Mac gaming world is likely to have little place in its future. As the Mac becomes a bigger and bigger percentage of the overall PC market, more and more game developers and publishers are looking at getting into the platform directly, rather than trust their IP and profit margins to third parties. For more and more of these players, Cider is the technology they turn to when they want to go this route. By engaging with TransGaming and licensing Cider, game developers and publishers can bring their games to the Mac far more quickly than was ever possible before, and they can be directly in touch with their customers instead of going through a third party.

What’s more, the same technology behind TransGaming’s Cider is now being deployed on next generation TV set top boxes through a platform we call GameTree.tv. So developers who move to the Mac with TransGaming also have the opportunity to reach an even bigger audience in the future!

Will CCP continue to develop all its games for the Mac?
As long as we have a strong contingent of players playing on the Mac, then absolutely yes. And there are no signs that are Mac subscriber numbers will do anything but continue to grow. We have more and players using the Mac client as time goes on as OSX gains market share and becomes more of a gaming platform.

Do you find any differences between Mac Gamers and PC Gamers?
To be honest, not so much anymore. While the Mac used to be more of a specialty OS for graphics designers, musicians and other creatives it is now gaining a lot of traction with business and general home users. This means that more people are using Macs as their general purpose computer and are expecting it to run games as well as their PCs. I think this trend will tend to create homogeneity between Mac and PC gamers and wise developers will embrace both platforms equally.