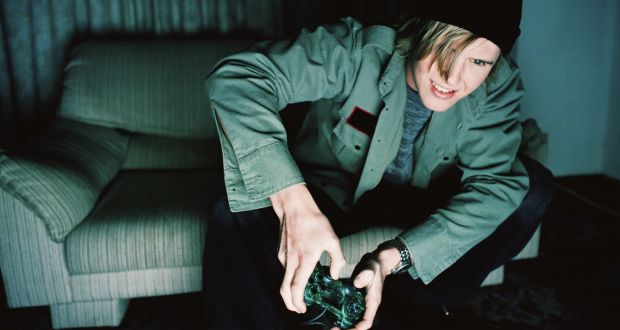 Video games remain largely associated with youth and immaturity. When Frank Underwood – the evil, scheming central character of Netflix’s House of Cards – relaxes after a day’s politicking by playing the blood-splattering Call of Duty, the impression is conveyed that here is a man both juvenile and sadistic.

But according to Jordan Erica Webber and Daniel Griliopoulos, Underwood and real-life gamers may be doing a kind of philosophy, no less, by blasting enemy forces from the comfort of their armchairs.

On the grounds that “philosophy is about everything and games are about everything”, the authors of Ten Things Video Games Can Teach Us advance the thesis that gaming is a forum for learning about key subjects like the nature of consciousness, logic and ethics.

Some games perform the function better than others, they say, citing Soma – a complex science fiction game based in an underwater research facility – as a stand-out example. Describing it as “a masterpiece on what it means to be human”, they say it produces “a feeling of existential dread that we’ve not experienced anything like (except perhaps after reading Albert Camus’ L’Etranger while eating bad seafood)”.

The authors also put up a valiant defence of violent video games despite admitting “many of the most popular games treat . . . killing and dying as the most trivial thing in the world”.

As this week’s “Unthinkable” guest, Griliopoulos – the appointed “death” specialist of the duo – explains just why video games should be taken seriously. “Despite their problems, games are also educative,” he argues. “They can show us how to grieve, what the value of life is, how to prepare for our death and that of our friends, and when killing is a mercy.”

What does the research tell us about a link between video games and either violence or a loss of empathy?

Griliopoulos: “With regard to violence, research tells us that there’s no link and no correlation. Prof Christopher Ferguson has been researching this field for several years, because the existing research in the field was so consistently terrible and biased. He’s come up with some startling findings – like finding that school shooters in the US are actually less likely to be interested in video games than their peers.

“Honestly, these questions seem to come from a background of assuming there’s a problem, then trying to find one. It’s a familiar form of moral panic, which happened with video nasties, Dungeons & Dragons, movies, rock and roll . . . and probably back as far as the printing press.”

Your survey of existing games shows that players tend to prefer simulations where they are immortal, or can be reborn. Does this reflect a fear of death, or a low boredom threshold – in that people don’t like to have to repeat their steps?

“I’d say, it more reflects a power fantasy, mingled with expectations from their real lives. Death is a rare occurrence in life and unique in an individual’s own life – that is, we will never directly experience our own death, only the states that lead up to it. So to reduce our capabilities from the real world would upset many players.”

Many futurologists believe we will be spending more time playing virtual reality games as technology pushes humans out of the workforce. Can one gain philosophical insights or enlightenment by playing such games?

“Absolutely, if you play the right games. Like all forms of media, games draw upon and inform the human experience. Soma might be a horror game, but through its narrative about mind-transference, it raises very difficult questions about identity, what constitutes a human mind and what is of moral worth, which philosophers have been exploring in thought experiments like The Chinese Room for generations.

“Similarly, the Ultima series of video games explored the ethics of being a good person, aka virtue ethics, whilst the blockbuster game Bioshock 2 took a look at the practical ethics of maximising happiness, aka utilitarianism.”

What would you say to the view that video games are inherently anti-philosophical as they only ever deal with a representation of reality. Plato, for example, gave us the allegory of the Cave where the prisoners – representing the ignorant – spent their time staring at flickering lights divorced from the real world. He would find it hard to see any merit in “Call of Duty”, would he not?

“Plato also wanted to ban poetry, because he saw it as a representation of a representation, and hence doubly-misleading. I’m sure he’d see all forms of fiction including games, movies and books in the same way. Whilst he’s the founder of philosophy, I wouldn’t argue that his views are widespread today.

“Nor would I accept that games are inherently anti-philosophical. They’re entertainment experiences that provoke feelings and thoughts, which are the foundations of philosophical insights.

“And mainstream games are more moral than most other media, partly because of their interactivity. They tend to have strong moral codes which the player has to enact to win the game, rewarding the player for actively doing the right thing, whatever that may be.

“The US National Security Agency whistleblower Edward Snowden told the investigative journalist Glenn Greenwald that games had informed his moral code, that along with history they had taught him that “seemingly ordinary people who are sufficiently resolute about justice can triumph over the most formidable adversaries”. Very few games revel in the sort of nihilism that blockbuster movies and popular crime books get away with every day.”

Question: Can wisdom come from staring at a screen?