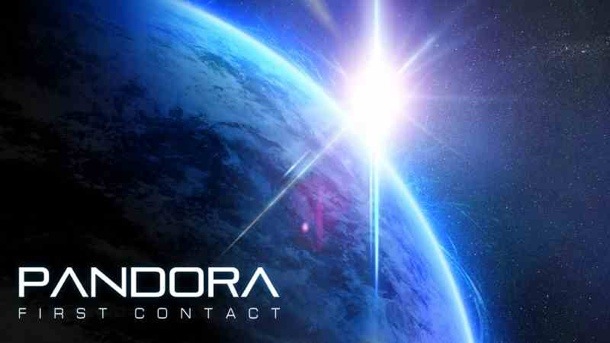 As we know, I was lucky enough to get to write a game, Pandora: First Contact. It launched last week and is doing relatively well, as I understand it. It’s unlikely this is its full audience either, given the parallel console nonsense. And, as I don’t want to steal Slitherine’s thunder I won’t go into detail, but there’s a lot more fun stuff coming.

I have to be careful, for fear of swelling their heads, but, honestly, working with the Proxy Studios guys has been stunningly good. I’ve worked in bars, restaurants, shops, journalism, PR and even politics over the ten years of my career, with a lot of different teams and types of people. But these three guys are the best team I’ve ever worked with.

(Now, that’s not to denigrate the individuals I’ve worked with before. They’ve always been fine human beings and, after we’ve stopped working together, I’ve become friends with most of them. But there’s almost something about the standard hierarchical system of every capitalist office job that turns men into monsters. For an old, old example, Adam Oxford is one of the gentlest human beings I’ve ever encountered and I’m myself hardly a model of o’erweening aggression and hubris – but there were times when his job as PCFormat’s Editor and mine as a writer, his inferior, made our relations have all the familial sweetness of jackals snarling over a carcass. And now we’re friends albeit, carefully separated by a continent or two.)

It’s true that I feel joy at doing every aspect of this job – writing science-fiction, sketching out ludicrous dialogue for our extremist faction-leaders, and writing a plausible future history of Earth – that might colour my appreciation for the three guys – Rok, Lorenz and Soheil – who are Proxy. Perhaps the problem for all these years has been me – perhaps, working in office environments is just wrong for me. But I doubt any of these is the key factor.

In my opinion, it’s just this Proxy team, and their long growth through the modding scene. For the guys have been super-respectful and gentle when directing me – maturely admonitory and forgiving when I make egregious mistakes, as is my wont – and when praise comes, they’ve been effusive. In such a small team, there’s no room for dead weight – and they’re all excellent at their multiple jobs, with the maturity of developers ten years more experienced. When under fire from exterior criticism they don’t jump at the first report, nor do they ignore a full barrage – they look at every problem, with an impartial eye, and make their own judgements. It’s been an absolute wonder to behold.

Anyway, writing a game has reminded me that I love the act of creation. The other things I do for money – ghostwriting, editing, copywriting, consultancy – are strictly financial transactions, which I don’t have to enjoy, theoretically to allow me to do the things Ido enjoy – writing, photography, art and journalism. The joy of creation is something else – the feeling I get when I’m lost in a canvas or bent with my macro lens over a scuttling beetle or parsing the thought process of an alien mind – that feeling is only replicated for me alone on mountaintops in the snow. Which is a harder spot to find.

(And, like many of my contemporaries, I wonder how much longer I can keep working on the journalism side of games and whether I still enjoy it. A lot of the games journalism I get to do has the whiff of formula about it – there are certain bounds within which it operates, even at the highest levels, which are unduly compromised, whether by linguistic expectations, consumer knowledge, the need to maintain relations with companies with aggressive marketing departments, and so on. Very few positions allow you the total freedom to write of RPS – and I do wonder if I’ve already written away a lot of the anger and love that is behind the best journalism. Even blogging, once the hobby of my idle hours, is slightly tiring to me these days.)

So, I guess what I’m saying is: thank you, Proxy, for giving me this chance to realise how good working in a team is and what I enjoy doing for a living. I’m looking forward to writing more for you in the future.

And if there’s anyone else out there that wants me to write their game? The answer is yes.