How Are Games Changing SF Literature? 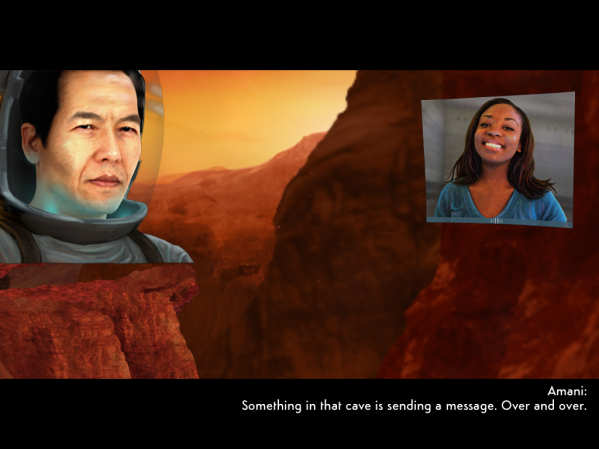 This article originally appeared in PlaySF magazine, way back in 2012.

Walking into any bookshop, the science-fiction section seen, from a distance, is healthy; an island of colour and variety amidst the sad faces of the ‘misery memoirs’, the black and bone of the ‘Dark Romance’, and the silverbacked Penguin classics. Yet, get closer, and there’s something strange. The colour comes in bursts, great streaks of the same style dominating the shelves, logos iterating across shelf after shelf. Stars Wars and Star Trek are there, for sure, but they’re not in charge; video game franchises are dominating science fiction and fantasy.

The video game market is huge, especially compared to original science fiction. Yet, game fiction is often ignored by the publishing industry. I talked to Tony Gonzales, the writer of the Eve Online tie-in novels The Empyrean Age and Templar One, who bemoaned the short shrift given to game fiction; “it’s all piled into Fantasy / Science Fiction,” he said, “located in the most inconspicuous section of the store. It’s the same with digital sales. The obscurity is compounded by the fact that some literary trade publications won’t even review game tie-ins.” So why do SF literary journalists turn their noses up at this burgeoning genre, when it’s bringing new readers to the market?

Gonzales thinks that “general SF purists scoff at gaming because most games reuse ideas and concepts that have been in print for a decade…” Hard science fiction fans also have particular problems with games. Gonzales explains; “(also) most enjoyable games makes some patent flubs to science in the name of creating fun gameplay. That’s pure sacrilege to the hard SF fan because it shatters their immersion… the game audience is used to instant gratification… they have short attention spans and authors trying to capture them better get to the point quickly.”

Given this, it seems necessary for the best SF author to adapt to gamers’ tastes by avoiding challenging material – and this is already happening. “I see a certain amount of literary science fiction trying to appeal to the gamer audience,” Niall Harrison, Editor in Chief of speculative fiction magazine Strange Horizons, said, “Mostly in near-future thrillers that incorporate MMORPGs or ARGs as a plot element – I’m thinking of Charles Stross’ Halting State, and Walter Jon Williams’ This Is Not a Game, not to mention Stephenson’s Reamde.”

It’s also happening in the way that further-future SF is written. “Ten years ago I might have talked about a ‘blockbuster’ sensibility in the work of writers like Richard Morgan (who has since worked on the story for Crysis 2).” says Harrison “Now I’m thinking more of an ‘FPS’ sensibility in novels like Greg Bear’s Hull Zero Three (and Bear has of course written Halo tie-in novels).” Gonzales agreed; “There’s a struggle between what audiences want to read in SF versus what authors who work in the genre want to write.”

Neil Tringham, an ex-games designer and now editor on the Encyclopedia of Science Fiction told me that “there are presumably some people who buy spinoffs from SF games such as Starcraft who wouldn’t otherwise read SF.” What’s new is that the generic science-fiction of the past has been replaced by branded tie-ins, including games. “I do suspect that the part of the book market that was occupied by long running but not especially original sf adventure series, such as E C Tubb’s Dumarest sequence, has to some extent been taken over by long running but not very innovative series based on company owned concepts, such as Games Workshop’s Warhammer 40,000,” said Tringham.

Not that branded science fiction is new, as Strange Horizon’s Niall Harrison notes; “there has been tie-in fiction for decades and well-respected writers have written it in all periods of the field’s history. It’s always looked down on by the ‘serious’ sf readers, and it’s almost always sold buckets more than the original stuff.” Gonzales hasn’t produced his own universe fiction yet but if he did, “just about all brand-driven fiction would outsell my work… the marketing resources that can support that brand will be vastly greater than will ever be thrown by publishers at standalone books.”

It’s just a pity that so much of in-game narratives and worlds of games are cheesy, badly conceived or safe. Take the Mass Effect universe, where the height of daring for the writers is to accurately depict the same-sex relationships that exist in our society today. “I do see a certain amount of gentle mocking of the Mass Effect universe for being built from elements of umpteen existing franchises.” says Harrison. “A possible exception might be BioShock, thanks to its dialogue with the work of Ayn Rand.” (Rand’s ideas – about superhuman entrepreneurs being held back by the average man – informed the story of the dystopian shooter Bioshock). On the whole, though, when the fiction is reviewed it garners bad scores – probably worse than it would get if it wasn’t branded.

However, it’s not only literary journalists who decry the quality of game fiction. Consider the recent comments of EA’s Chuck Beaver, the producer of the Dead Space franchise; “Gears of War… contains atrocious, offensive violations of story basics. Yet it doesn’t seem to ruin it for many, many people. It’s literally the worst writing in games, but seems to have no ill effects.” He even admitted that his own company’s Dead Space was itself “just a simple haunted house story that we later pasted a personal narrative on top of – a lost girlfriend who is really dead.” (He apologised after this statement.) Admittedly, Beaver’s not talking about the books, but if the original narrative of the game is bad, how far can the fiction improve on it? Is game tie-in fiction just bad?

A Quick Philosophy Lesson
Most game fiction falls into the ‘space opera’ category, AKA ‘science fantasy’; that is, unscientific futuristic fiction. It’s enjoyable, but it’s pulp fiction, like Mass Effect. Is there a moral argument for valuing hard science fiction over fantasy, beyond keeping educated SF fans immersed? Well, let’s assume we want to make as many people happy as possible, beyond the fleeting pleasure of actually reading the fiction. An old exponent of keeping people happy was the utilitarian philosopher John Stuart Mill. In On Liberty he talked about “experiments in living” like so;

Now, speculative fiction has always aimed for this. It’s shown people other ways of living, on the basis of other ways the world could be, and explored the personal (Daniel Keyes’ Flowers for Algernon), social (H.G. Well’s The Time Machine) and moral (James Blish’s A Case of Conscience) consequences of this. It’s been damn good entertainment, yes, but it’s also opened up people’s minds to the possibilities of other ways our societies could work.

The best at this has been hard science fiction, because it takes the technology of the near future and extrapolates how our society would alter just from that – Clarke and Asimov are the classic examples here, though we might also point to John Brunner’s scarily prescient Stand on Zanzibar or Frederick Pohl’s Man Plus. This is exactly the sort of fiction that the new gaming audience doesn’t like and is getting squeezed out.

And the worst at throwing up these models of living? I’d argue the worst is ‘space opera’. Its relevance to our lives is purely in its unjustified assumption of social parallels. And that’s what’s dominating the shelves because SF video games are pure science fantasy. Indeed, they’re bringing new forms of science fantasy into existence, as the Science Fiction Encylopedia’s Tringham explains; “There are two trends in recent books which have at least been influenced by developments in SF games. I’m thinking of what the online Encyclopedia of Science Fiction describes as Science and Sorcery ( the ‘genre-blending juxtaposition of sf and fantasy settings’) and Medieval Futurism ( ‘sf… with heavy overtones of the Middle Ages feudal systems as the governing bodies’.”

As a gamer, I’m overjoyed that games have such a large cultural impact; as a SF reader, I’m ecstatic that they may be extending the reach of SF beyond its niche; and I can’t deny that many of these books tell a terribly good yarn. Yet, as a good utilitarian, I’m depressed to see something so dominant which rarely mingles its undeniable entertainment value with philosophical lessons or images of our possible futures.

A counter-argument, as made to me by PlaySF’s editor Richie when discussing this article, is that the moral questions can still be raised by all fiction, including space opera; “I thought the patent flub of having clones in, say, Eve Online actually brings about interesting questions about the value of life when death becomes only a minor financial concern – which has been done to death in proper SF.” Indeed, SF games have had a positive effect on the acceptance of SF and fantasy ideas, across all media, similar to the way that Margaret Atwood’s or George Orwell’s near future dystopias managed to avoid the label of SF. “I rarely hear SF games discussed for their interest as SF.” says Strange Horizon’s Harrison. “People are excited by Portal because it’s charming and the mechanic is cool, rather than because it includes any particularly new SF ideas.”

Despite my personal pessimism, it’s likely that the fiction of games will improve, dragged up perhaps by the fresh innovation and quality we see coming from the indie development scene, like the hard science of Waking Mars or the softer humanism of To The Moon. Perhaps games will even be fed by the great Sci-Fi books of the past, as Roadside Picnic informed the S.T.A.L.K.E.R. series. If we’re lucky, this fiction will trickle over into the mainstream games and hence books pushed to the SF market. I can hope for all this but given the market’s appetite (and the prevalence of games like the appalling Dark Star), it seems unlikely. As Theodore Sturgeon famously said, “ninety percent of everything is crap.” That’s true with both games and with fiction, derived or not.